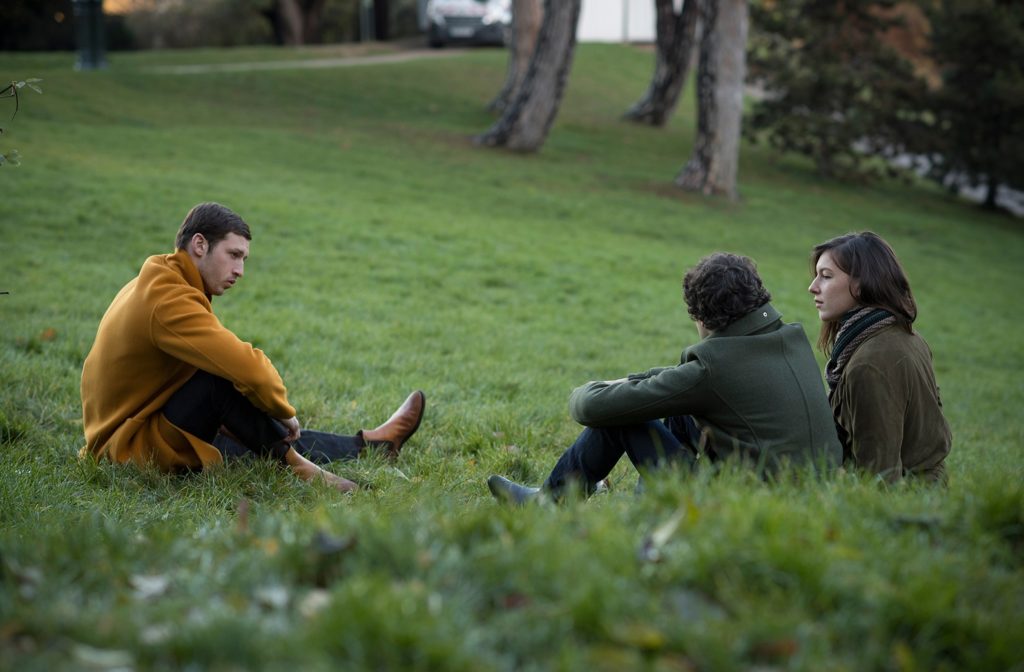 A young Israeli man, aided by his trusty Franco-Israeli dictionary, travels to Paris to flee his nationality. French and Hebrew with English subtitles.

“One word for Nadav Lapid’s SYNONYMS, a movie with a hero obsessed with words, is astonishing. Other words apply to this Israeli feature. They include, in no particular order, fascinating, infuriating, frightening, lyrical and befuddling. Plus deadpan funny and frequently stunning as a bittersweet ode to contemporary France, one that’s suffused with New Wave verve.”
– Joe Morgenstern, Wall Street Journal