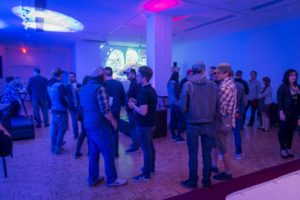 Get into the spirit while celebrating cinema! You’re sure to catch a local filmmaker or two. Complimentary tasty eats, cash bar and vibey tunes. 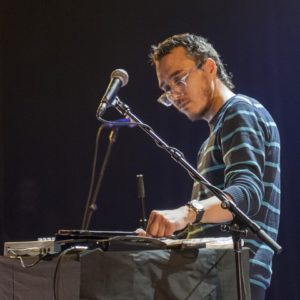 “By Land and Water” is a live audiovisual performance by Geronimo Inutiq with ambient electronic music, and manipulated video footage. Taking us across northern Ontario roads and waterways, and following the road beyond other provinces – video segments are slowed down, manipulated, and rearranged to form an abstract visual narrative, with the countryside as the main focus of reflection. Ethereal melodies, drones, and other audio sources create further means of contemplation on ideas of travel, nature, solitude – and connectedness to the environment and country we live with. 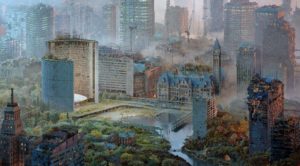 An interactive virtual reality film directed by Lisa Jackson, with 3D art by Mathew Borrett. Produced by the NFB.
A large urban city is flooded. Its infrastructure has merged with the local fauna; mature trees grow through cracks in the sidewalks and vines cover south-facing walls. 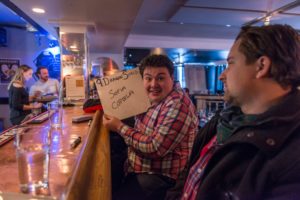 It’s back by popular demand! First come, first served. Join us at the Raven and Republic for brunch with a side of movie trivia hosted by Koal and Kevin of Super Fun Time Trivia. No cover, à-la-carte brunch menu ($), open to the public. 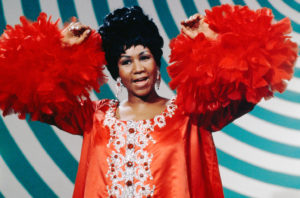 In honour of screening our first concert film: Amazing Grace, we pay homage to soul legend Aretha Franklin with a special Motown After Party at the Raven & Republic. No cover. 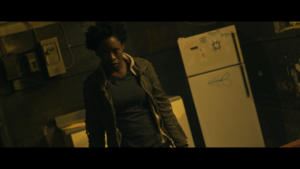 Following the screening of their film on Saturday, November 16.